4 pieces of advice for Photo Agencies

…A response to a recent blog post by Jim Pickerell

The uncertain state of the stock photography industry has joined the ranks of topics which are often brought up in conversation with some trepidation – along with the melting of the ice-caps, the Free Tibet campaign, and Prince William’s receding hairline – when speaking about these things it’s common to feel a sinking feeling, like one feels when starting a Dickens novel – you know it’s not going to be an easy read. But put on hold the foreboding commentary about nose-diving license fees and the despair narrative about homeless photographers for a moment, and the reality is far from ‘Bleak House’. As evidenced by the optimistic turnout at this year’s CEPIC, the industry is resilient, tenacious even, and, unlike Prince Will’s hair, is making a comeback. 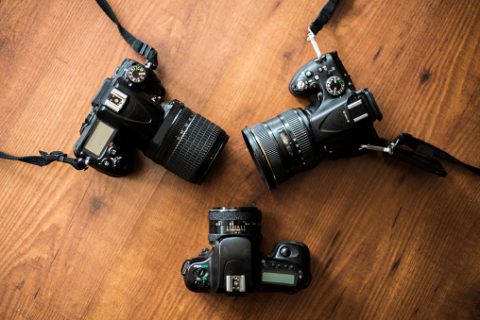 No one said it was going to be easy though. Being on the block for so many years, Stock has inevitably developed some entrenched habits, which have made it vulnerable when traditional sales and production methods have been undermined in past years. According to a recent blog post by influential photographer-blogger, Jim Pickerell, Stock’s revival or downfall will be down to its flexibility and courage – to rethink everything from pricing, to how to engage new and existing audiences, to perhaps most crucially, mobilizing technology and data to their advantage. In this post, we want to respond to some of the points Pickerell makes, and offer our own advice about the changes the industry needs to make in order both to survive and thrive. The added challenge is to make these transitions whilst holding on to the fundamentals that have made it the strong and exciting industry that it is.

One appeal that Pickerell makes is for agencies to simplify their pricing models. Today’s image buyers, he says, “want to be able to use any image they purchase in a variety of ways without restrictions.” The complicated pricing brackets which limit a licensed image’s usage is putting off buyers and turning them instead towards other collections such as UGC where usage rules are more liberal. Pickerell is spot on about the need to simplify, but ironically, when it comes to unveiling his ideal for ‘simplified’ pricing, he confronts us with 3 different pricing tables. In short, he doesn’t go far enough. In order to assuage the stock absconders, there needs to be a far more drastic simplification – to 2 or 3 pricing categories at most.  Image buyers of today want pricing that’s simple, clear and versatile. Complex pricing categories are just another obstacle for image buyers and an excuse for them to take their business elsewhere. 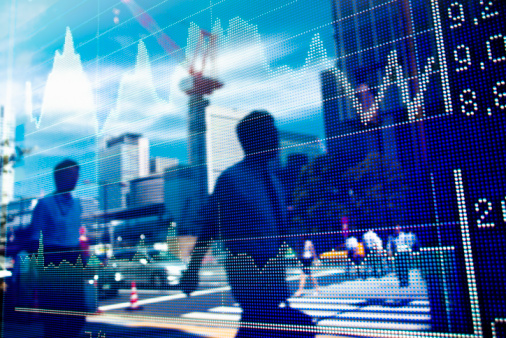 Pickerell’s next criticism is of the industry’s failure to exploit the potential of data to help them showcase their most popular images and producing the sort of content that people “actually want to buy”. Whilst “[i]t used to be possible to have a general idea of the…subjects needed by customers and to take a haphazard, shotgun approach to production” and still make a decent profit, “[at] today’s prices, creators cannot afford to waste time producing images that no one wants to use.” In order to do this “[i]mage creators must have much more actionable data about what is being requested and what is selling.” Meanwhile, many agencies, he points out, still don’t even have the data, let alone the ability to analyze it to grow their business. Whilst Pickerell is undeniably correct about agencies needing to get onboard the ‘data bandwagon, his definition of ‘useful’ data as primarily that which agencies can glean from their own site, is far too limiting. A more exact knowledge of what’s selling on their site is a good start, but if agencies want to get a step ahead of the steady competition, they need to cast their net wider and analyze industry-wide trends and also cross-industry trends. People who buy and use images get their inspiration from a diverse range of visual sources, ranging from cinema and TV, to advertising, to the pictures their friends post on Instagram, Facebook and snapchat. So should agencies. Our advice to agencies is to get really creative with data, and broaden their definition of what useful data beyond their own ‘local’ and industry terms.

This brings us to another fundamental issue with Pickerell’s argument, which is his definition of ‘best’ content as the top selling content on an agency’s own collection. Firstly, individuals – who bring with them their own diverse tastes and preferences – won’t automatically want to buy something because it’s popular (you wouldn’t try to sell a hot pink Chanel bag to someone who hates pink and Chanel claiming “but it’s our most popular bag!”) So, we need to redefine ‘best’ content from meaning what’s popular to being what is most relevant, meaning what’s most appropriate to a specific user under shifting conditions, which is not something a local site’s sales stats can tell you alone.

Whilst refining search terms based on actual keywords used by your site users, refining categories to smaller groups of images (100 to 500 images that “fulfill all the requirements”) and consistently revising “the order in which the image are shown in their collections” based on what’s selling, are necessary to any collection, they are also the bare minimum that agencies need to be doing to promote their content. If agencies truly want to engage their existing and potential audiences, they need to go beyond static, old-hat statistical analysis, and consider data more dynamically. This means combining local, site-based data alongside individual users’ preferences (to make auto-suggestions based on these – as is done by many e-commerce sites), but also – and this is key – data about what’s trending in the industry and beyond, as discussed earlier. As long as the data is relevant, the more multi-faceted and creative the approach to data, the richer, more personalized and ultimately, engaging, the user experience. Agencies need to start thinking in these dynamic terms and expand their definition of what’s ‘relevant’ lest they be left behind.

On the other hand, agencies mustn’t get carried away with data. It’s easy, once you’ve had a taste of it, to become enthralled with data to the point of enslavement. But it’s crucial to remember that data is only ever as useful as the conclusions that are drawn from it. It sounds obvious but it’s a fact that’s too easily forgotten – having relevant data is not a substitute for talented photo researchers and great content. But, if used as a support to a good collection, a creative and motivated team, and a versatile business mindset, data could be a game-changer to an agency’s success.